Become the James Bond of Your Class with 8 Cool Gadgets

James Bond Skyfall is being released in a matter of days to glowing reviews. Here’s a couple of ways you can be the James Bond of your school with 8 unique gadgets.

There’s no doubt that students need to carry a lot of stuff with them. Books, calculators, laptops, and pencils. With the digital age taking over, kids are also bringing along flash drives to hold their school reports and documents.

But why carry around a huge thumb stick when you can get a 32 GB SanDisk Cruzer Fit for under $25? It’s small and can fit pretty much anywhere. In fact, the cap is the largest part of the entire drive. With the Cruzer Fit, you’re sure to have the stealthiest drive in your entire class.

If you don’t want to carry around a drive at all, Dropbox is one of the most valuable tools you can have. It wirelessly and automatically syncs files and folders between all of your computers. If you’re using your school’s library computers and can’t install Dropbox, simply access your files from the Dropbox website. It’s free for 2gb of cloud storage space.

You can also upgrade to a premium Dropbox subscription for more storage space, or take advantage of TI Wizard’s special offer and gain a free bonus 250mb by signing up from our site.

The Jawbone Jambox is a unique wireless speaker system with a built in battery. Take the Jambox with you to the park or beach and connect wirelessly to your iPhone, iPod, Android phone or laptop. The Jambox has 10 hour battery life so you don’t have to worry about running out of juice when you’re on the go. It’s a perfect gadget to impress your friends on your next road trip or outing. 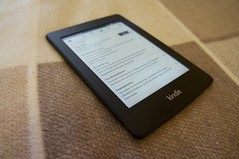 The Amazon Kindle is a fantastic E-Reader. This year, however, Amazon’s upped their game with the Kindle Paperwhite. With a sharper screen, the Paperwhite makes it even better to read with less eye strain. And if you’re on a dark plane on your way to your next Bond-esque mission (or you’re just reading in bed), simply turn on the Kindle Paperwhite’s frontlight to read in the dark.

There’s also the Kindle Fire HD for those looking for a tablet.

Almost everyone is required to have a graphing calculator in junior high and high school, but you can be the only one with a calculator that has a color screen and rechargeable battery. Not only does the NSpire CX make an impressive demo, it has a range of cool functions such as 3D graphing that’ll make high school calculus a little bit easier and more fun. Oh yeah, and it also plays games in color.

When you’re taking a break from studying, you can whip out the super portable iPad Mini and play some Angry Birds. The iPad Mini is also a great tool to use during college lectures– it’s small and portable and doesn’t disturb the class by blocking others’ view in the lecture hall. 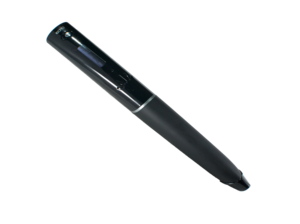 In a true James Bond fashion, you can use a Livescribe Echo Smartpen to record lectures and lessons. Not only does the Echo record over 800 hours of audio, but it also digitally captures your pen strokes and allows you to view your notes on your computer. With a single tap, you can also point to anywhere on the page and the audio recorded during the moment you were taking notes is played back to you. As a plus, it recognizes handwriting and allows you to search notes on your computer after they’ve been transferred.

And if you’re really looking for a high tech gadget, Livescribe’s Sky Smartpen includes WiFi so that notes transfer wirelessly to your iPad or laptop.

Both of these pens are great for lectures and recording conversations with supervillians.

The Microsoft Surface with Touch Cover is a fantastic new tablet by Microsoft that runs Windows RT. It comes with 32 GB of storage and a unique keyboard called the Touch Cover. When this stealthy covered is folded over your Surface, you would never know it was also a full keyboard. Once you unfold it, the surprisingly useful pressure sensitive keyboard becomes active.

If you’re into real keyboards, Microsoft also sells a Type Cover that’s a little bit thicker but acts more like a real keyboard.

As you can see, there’s a ton of ways you can be like James Bond and still have time to do some learning. From the revolutionary Kindle Paperwhite to the secret-agent-like Echo smartpen, there’s plenty of gadgets that will make you feel like James Bond in class.